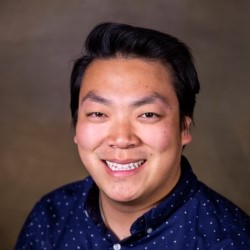 As you might already know, the Illinois Real Estate License Act of 2000 (RELA or The ACT) was due to phase out by the end of 2019. While this is a regular occurrence for licensing laws, Illinois REALTORS® went forward to try to find recommendations for changes for a rewrite of RELA. A task force was assigned several areas of the law to focus on to make suggestions and changes. Ultimately, protecting the consumer and moving the brokerage practice and RELA forward were the main goals. After the task force concluded their research and made their suggested changes, the plans were presented to the Illinois REALTORS® Board of Directors for approval.

Following the approval of the plans, Associate General Counsel and Director of Legal Services for Illinois REALTORS®, Jeff Baker and a legal team took the ideas and translated them into official legislative language, making a proposed bill. The Illinois REALTORS® Governmental Affairs Department took action to make sure that these changes would be made, but with the governor race in full swing, they were unsure of what the outcome would be. Luckily, through the efforts from people at Illinois REALTORS® and Illinois Department of Financial and Professional Regulation (IDFPR), the bill made it through both the House and Senate in a relatively short period of time and was signed into a law by Governor Pritzker on August 9th.

There were five changes that were made in the RELA bill, you can find those changes and read the full article from Illinois REALTORS® here.