In August, 58.2% more detached single-family homes in Chicagoland went under contract than during the same month last year, according to new MORe data. Attached home contracts jumped 45.4% over the same period.

August was the fourth month in a row to see growth in detached single-family homes going under contract, with May beginning a recovery in the market after the slowdown of March and April. For attached homes, the same trend began one month later.

“COVID-19 shifted the spring market significantly,” MORe CEO John Gormley said. “The growth we’re seeing now is in part due to the pent-up demand from the early months of the pandemic.”

High demand for detached homes is colliding with limited inventory. According to Midwest Real Estate Data (MRED), the Chicagoland PMSA which includes Cook, Dekalb, DuPage, Grundy, Kane, Kendall, Lake, McHenry and Will Counties had  3.7 months of detached inventory in August 2020, compared to 4.3 months of inventory in August 2019. Consequently, median sale price for detached homes in Mainstreet’s territory, which covers DuPage, Lake and Western and Southern Suburban Cook County, rose significantly, from $270,000 in August 2019 to $305,000 in August 2020.

“Thanks to the historically low interest rates, many people are more comfortable spending a little more on the home itself,” MORe Board of Directors Immediate Past President Brian Kwilosz said. “Single-family detached homes tend to appreciate more than attached homes, and that’s giving people who can afford to buy now one more reason, beyond COVID and social distancing, to look for larger, more private detached houses.” 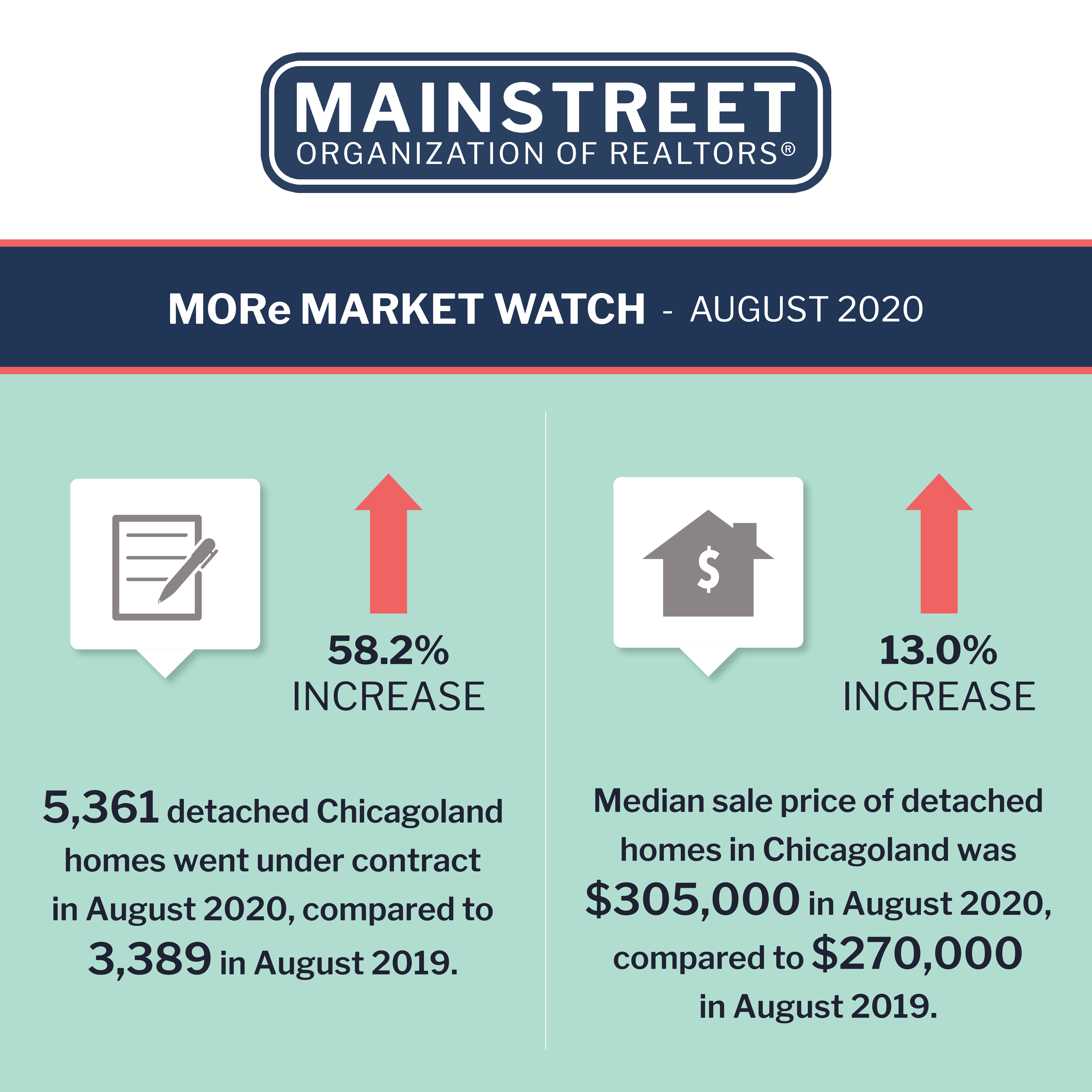 As a Mainstreet member, what are you seeing from sellers and buyers locally? Tell us on Facebook or Twitter!