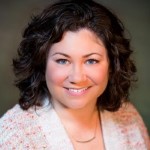 Yes, you may have heard the news that a new version of the Multi-Board Residential Real Estate Contract is on its way!

As the Chairperson of the Multi-Board Residential Real Estate Contract Drafting Committee, it’s come to my attention that many believe that this process is shrouded with secrecy and mysterious men twirling their moustaches. I’m here to clear some things up, because it’s really just normal looking people doing A LOT of work.

Prior to 1993, the original six Associations of REALTORS® formed a committee to form the “Common Contract” which all Associations began to use. When the Barrington Association merged with North Shore, Terry Penza (then CEO of NSBAR) took over the responsibilities of managing the committee for the REALTORS®.

At that time, each Association had their own attorneys review the “Common Contract”. These attorneys eventually became involved in the process of creating the contract as well.

Around 1996 and after the growth of MLSNI, other Associations were interested in becoming a part of this contract. As MLSNI grew, so did the number of Associations who became a part of what was now called the Multi-Board Contract. At that time, Pam Krieter (then CEO of DuPage) took over the responsibilities of managing the committee.

With this growth came additional input from local Bar Associations, who were also at the table. These partnerships created a strong bond of consensus building and discussion with the consumer at the forefront.

Currently, each signatory (or intended signatory) REALTOR® Association and Bar Association appoints a representative to sit at the table. Additionally, real estate educators are also seated at the table. These representatives attend monthly meetings to discuss input from consumers, REALTOR® members, and real estate attorneys to determine what, if anything, should change or be added to the contract. There is a strong spirit of building consensus across the table that has sometimes led to spirited debate.

The Committee encourages each Association to accept comments from their members and provide them to the Committee Chair or their representative so that they may be fully reviewed by the Committee (we maintain a pretty exhaustive list of any issue).

I have served as staff to this Committee since 2007 and I can tell you that this Committee is among the most committed and intelligent people I have ever met. They take their roles seriously and no issue is too small to be hashed out – ad nauseam.

I welcome your comments on the current version of the Multi-Board Residential Real Estate Contract. Here’s to 7.0!

This spring, MORe is launching an ad campaign to better educate Chicagoland consumers about the many roles REALTORS® fill in the homebuying and homes...

Top Trends Agent Need to Know All I have to say is “Wow!” This is my first time at Inman Connect and as I write this blog post, I’m only done with Day...

Are You Ready for .realestate?

Several years ago, the National Association of REALTORS® (NAR) won the rights to the .realtor and .realestate domains. For those of you who don't foll...